Randy Hutchison~~~ Images Of The Landscape

I've been passionate about photography ever since I picked up my first camera over thirty years ago. I grew up in Port Angeles Washington on the Olympic Peninsula, a place of rugged beauty where Mother Nature certainly created a winning recipe.

I call Coeur d'Alene Idaho home now. I enjoy spending my spare time in the natural world exploring wilderness areas through camping and hiking. I've hiked to remote areas and slept in less than ideal conditions throughout each season of the year.

The Northwest is a richly diverse wilderness area. There are magnificent rain drenched forests, treeless desert lands, majestic mountains and whitewater rivers in a landscape as beautiful and prolific as an artist's painting.

It's always difficult to pick out my all-time favorite images. More often than not I fail to convey the beauty of this area. A few times a year those serendipitous moments come together; however, it's the emotion I feel while exploring that is just as important as the image itself.

My personal favorites gallery contains twenty of "my" favorites. They are in no particular order of preference. They could and probably will change on any given day. Below each image is a story. Some are quite different from one another and require a different mindset and approach.

In many ways the views I share look much today as they did when I first discovered the forests and mountains growing up. When I'm out exploring I enjoy the quiet harmony spent with nature. It's a time to reflect about my childhood memories and the unforgettable days spent exploring the Northwest. Each time I return, it's like visiting an old friend.

The 21st century has produced a world of conflicting visions, stress, and time pressure. At times it seems that opportunities for grasping life's adventures have faded as demands on our lives have increased.

Most likely the reason you are browsing my site is that you feel a connection with the outdoors much like I do. Hopefully my photographs will encourage you in a small way to get out and explore the area that you call home.

Purchasing a print of your choice couldn't be easier. Just click on the buy button and choose from a wide selection of sizes and media. they will be shipped to the location of your choice.

Thanks for stopping by,

Autumn is a second Spring when every leaf is a flower. 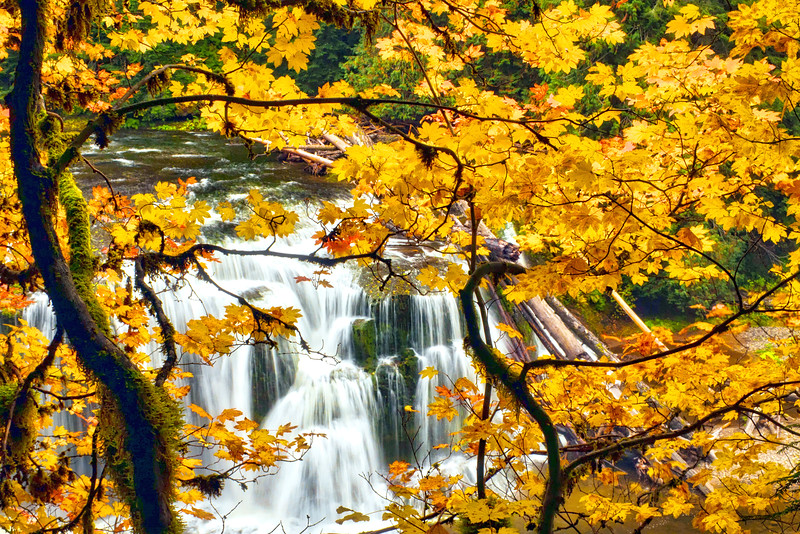